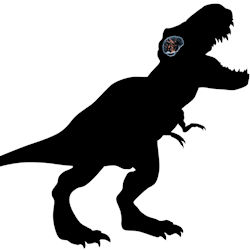 When I originally began to talk to my friends and colleagues about how thinking was for dinosaurs it was actually sort of a private joke. I had begun to refer to myself and those in my age group as dinosaurs because we were reaching that point where some people thought we were a myth, others believed things about us that were false and we were increasingly running into problems understanding the world around us and its inhabitants. The part about thinking came from my own observation that too many people on the surface of the planet seemed unwilling to take the time to think through issues, questions, relationships and especially truth. I just couldn’t understand how so many people could believe so much that either didn’t make sense or was just patently wrong when compared to the backdrop of history and millenia of wisdom from our ancestors. My conclusion was that Thinking Is For Dinosaurs; hence the blog.

Now it’s official. I see what is taking place in our republic and I am forced to admit that many of my fellow humans must either be willfully ignorant or simply too intellectually challenged to understand some basic concepts of life, economics, interpersonal interactions, personal responsibility and respect for others. Something is wrong now that wasn’t wrong just a few short years ago. There is a serious lack of compassion, empathy and grace in our world.

I know who is driving it.

I know what is happening.

I know when it started.

I know where we are headed.

I know why they are doing it and I know what they want.

I know these things because I went to school when we still taught history and I continued to study and learn history on my own. I know because I do not give in to the warm fuzzy feeling of utopian dreams that run counter to everything we know about human nature. I know because I don’t believe in only accepting truths that are popular at the moment or are fully accepted by my circle of friends. I know these things because I was taught and I have seen first hand that sometimes accepting truth means accepting things you don’t like. Sometimes seeking and understanding truth means relinquishing what is popular or feeling deep down that accepting truth makes you mean, cold or uncaring. I know because I have learned that there is no profit in referring to a fact or facts as a construct so that I can personally feel better or more comfortable in my poor decisions. I do not ask others to take responsibility for my physical or emotional well being. I do not expect others to sort out my spiritual understanding. I do not expect to be fed, clothed, housed or otherwise cared for at the cost of the blood sweat and tears of others and I absolutely refuse to create some expectation or reality wherein I am entitled to the labor of others absent a transaction or transactions of mutual consent and benefit. I learned early that my right to be free or to be what I want always terminates at the end of your nose. I have no right or claim to your labor, your time, your life, your property or your intellectual produce. In so much as we are fellow members of the republic that is the extent of my expectation on you or yours. Anything that transacts between us must be accepted by us and agreed to in advance. You have no claim on me and I have no claim on you other than the mutual execution of our God given rights that requires us to respect one another as a child of God, accept the origin and existence of our rights and agree not to infringe on same. It’s really a simple process. We are complicating it with the selfish desires of ne’er do wells who refuse to take responsibility for themselves and demand ever more frequently and stridently that they are owed something whether that be care, subsistence, audience, control over the rights of others, produce of the labor of others or the disastrous concept that they are entitled to do, say and be anything they want while being indemnified from any comment or judgement of others regardless of how harmful, destructive or ignorant that desire is in the real world.

The world doesn’t work that way and we are proving it as our world descends into chaos, hatred and depravity.

I know these things because I am a dinosaur my friends and…Thinking Is For Dinosaurs!